General:
Hi! This is my fourth Yuletide, it's always a bit challenging but fun.
In general, I really don't want graphic rape scenes, or sex scenes.
Basically any level of violence is fine, particularly canon typical violence. And Nightmare Fuel? http://tvtropes.org/pmwiki/pmwiki.php/Main/NightmareFuel Yes please!

OC's are fine, and even encouraged with some of these prompts


Oculus
I would love something on the ghosts caught in the mirror. Their Perspective, how becoming part of the mirror warps them, maybe they eventually figure out how to use their own powers?

BioShock Infinite
Daisy Fitzroy. I adore her. I’d really love something on her rise to the head of the revolution.
Or really I’d love anything dealing with the Revolution

Newsflesh Trilogy - Mira Grant
Someone without a gun gets trapped in a room, elevator, etc with someone who’s infected because the infected person was tested first. Can be anyone, even an original character. Whether the uninfected character survives or not is up to you.

Undertale
What if Frisk stayed with Toriel in the beginning?

General Info:
This is my third Yuletide! I always have a blast, and am super excited to see what this year holds

I love fics that do worldbuilding, focus on details brushed over in canon, or explore different consequences from things that happen in canon.  I like a bit of romance, but I'd prefer it to not be the main focus. All these requests you could choose canon characters or make original characters, or both. All I ask is that ocs with major roles not be related to or romantically involved with any canon characters.

I'm fine with any level of gore, and a lot of darker themes, but I don't want to read any graphic rape. It can be mentioned, or referred to since it's a thing that happens, especially in disasters and when social constructs collapse, but frankly if it goes into a lot of detail I'm going to skip over it. Sorry!

Here's the more specific requests that are also on my sign up. I tried to keep them fairly general, and I'm sure I'll be happy with whatever you feel inspired to write!
( Collapse )

Summary:The sparkling inside Prowl had been growing for a year. It has changed him more than he would have once thought possible. PWP Prompt from the Kink meme http://tfanonkink.livejournal.com/11776.html?thread=12496128#t12496128

Summary: The Labyrinth strikes back. Haplo finds something new to fight for.

Notes: Yuletide gift for Darkhymns. I was surprised to see I got the same person and fandom for Yuletide as last year, so this technically goes between Ch.4 and Ch. 5 of Passage, my Yuletide work from last year, but can stand on its own.
.
.

Hi! This is my second Yuletide, I had a lot of fun last year and I'm really excited for this time around.

General preferences:
I like action/adventures, but I also really like stories that fill in world building or add new ideas and details not explored in the original material.
I'm fine with original characters, and in some of these requests they're almost required, but I'm pretty wary of ones that are related to or have a relationship with canon characters, especially if they're female. (Sorry, I've run into too many Mary Sues)

I'm cool with slash, het, femslash, even xeno relationships, but I'd rather the story not focus on romance.
I'm cool with gore, especially when it makes sense.

I don't like explicit rape, but I understand it's a thing that realistically happens, especially when law and order breaks down, so it can certainly be mentioned or stated as having happened. I really can't take pedophilia or shota, though.

I don't want to scare you off by thinking I'm picky! I just wanted to cover some of the fanfic bases/triggers so you feel more comfortable if you want the zombies to be gross and scary, the demon summoners to do bad things, etc.

Requests:
Cabin in the Woods
I would like to see a previous years’ scenario.
Whether it is a failed (somebody escapes) or successful scenario (all sacrifices die) is up to you. Whether you choose one of the monsters glimpsed in the meltdown or create an original monster is up to you, but I would like there to be a mention of the monster's myth/origin. I would also like some mention of how the sacrifices are being manipulated to force them into the correct scenarios. You can write the POV of the directors/workers, the sacrifices, or even the monster(s).
Also, you can choose a different country. I would find it very interesting to see how other countries' horror tropes play in or how their sacrifice scenarios differ from the Americans. Anyway, just thinking about this makes me pretty excited!

Valdemar
I would like to see a story that focuses on somebody who's not a Herald.
More specifically I really would love a story about a Healer or a Karsite priest.
Especially a Karsite priest before or during the "Reformation". I was always kind of disappointed we didn’t get more detail on all the chaos that it surely must have caused, those guys were in power and doing their own thing for so long that it can't have been an easy transition even with the Sunlord actively interfering. Were there assassination plots? How did the Demon Summoners react? Etc. (Sorry if my terminology is wrong, it’s been a little while).

District 9
The Black Fluid and the fact that Christopher instantly knew that it was causing Wikus' transformation really intrigues me.
Maybe it's used to conquer other species by literally changing them into their species.
Or maybe it's just a very very strange coincidence and the first time it happened it caused a huge galactic incident for their species. I would really like a story dealing with either of these two scenarios. You could make it so Christopher is explaining things to his kid or to Wikus after he comes back, or a prequel to the movie, or something else.

World War Z
An interview with a child or someone who was a child during the Rising.
Or, an interview with survivor(s) from North Korea that managed to break out of the tunnels

For the Anniversary Challenge at http://prowlxjazz.livejournal.com/
Prompt: Foreign Affairs

Summary: Prompt: Dressing to Match
Prowl and Jazz have a Serious Discussion

Sketches for Gekkoryu's entry. Whichever one is chosen I will paint with acryllics, and I'll do the leaves with paint cause they're a pain to draw.

This one is probably my least favorite. The birch surrounded by ash and elm. The bottom seems to have been cut off by LJ. 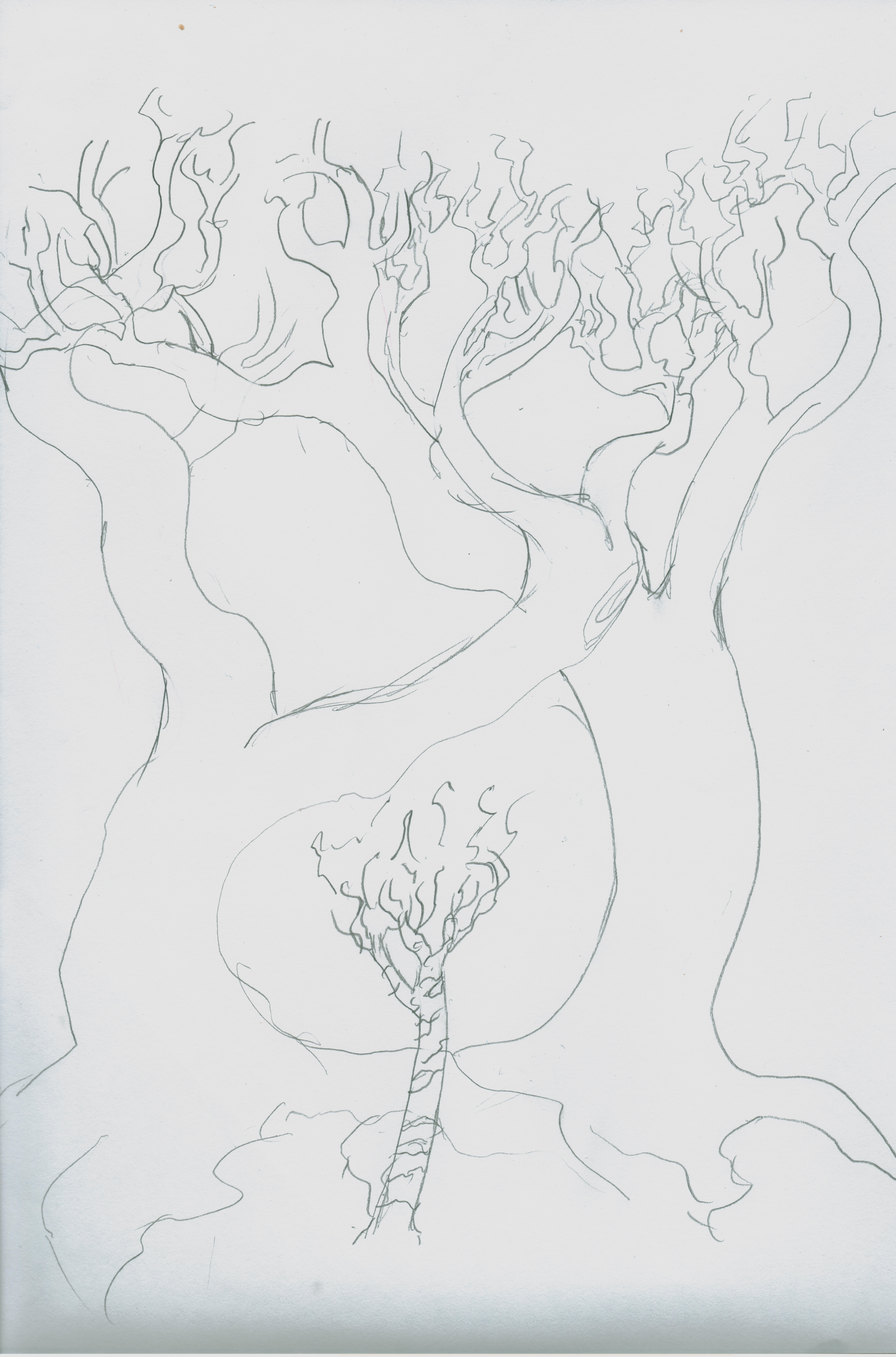 If this one is chosen it will be a bit bigger, with an elm and an ash tree surrounding Loki's birch, while he is climbing his tree. My scanner was being stupid so I couldn't quite get those in there. And... lj cut off the bottom.
Hm. He looks like a kid. That can be changed or not. 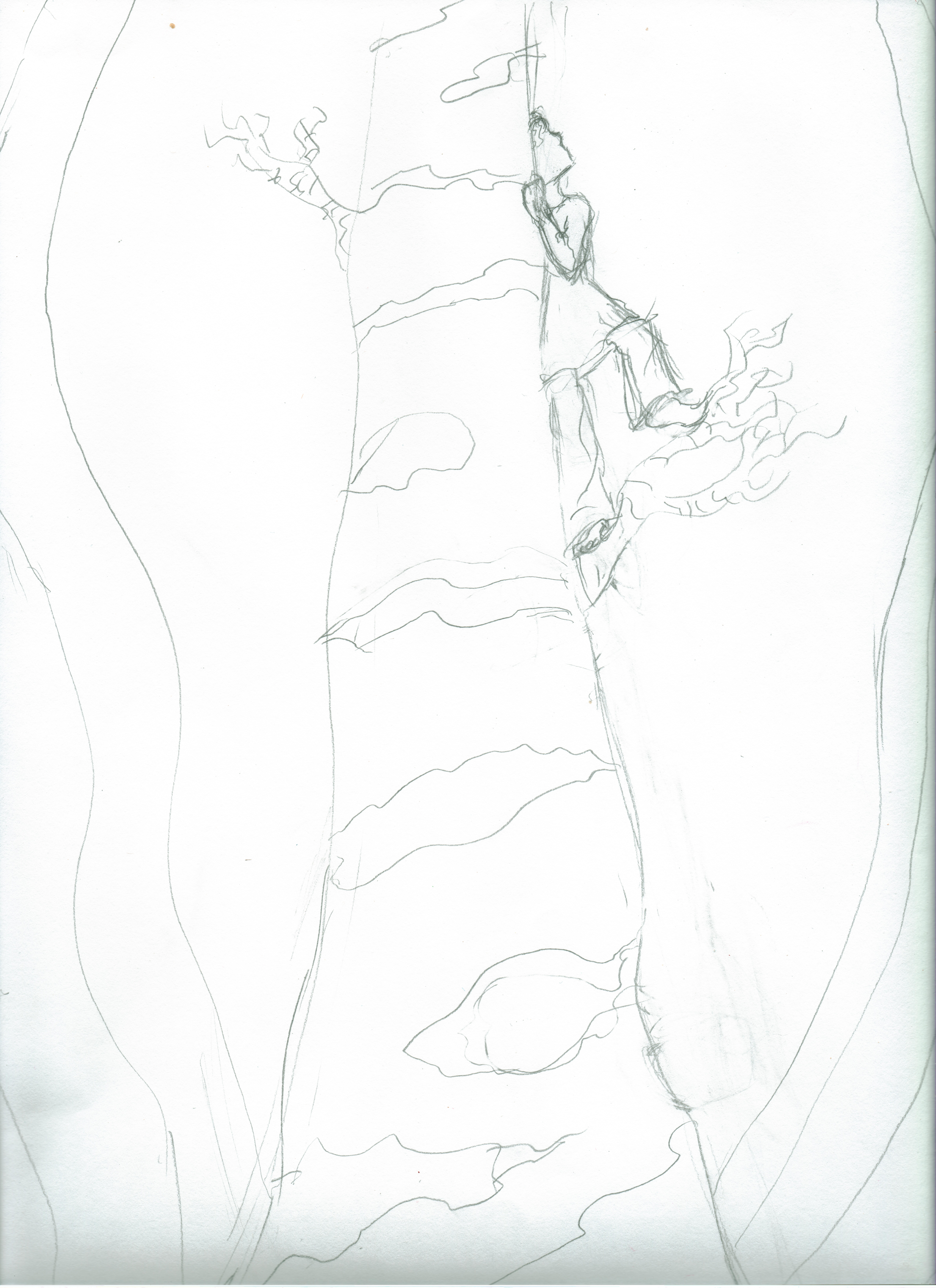 I liked this one best. Loki sitting against his birch tree with an ash behind them Flowers (I actually looked up some herbs for those) in front with grass and a brick? wall in the background. Clothes, hair, etc can be changed